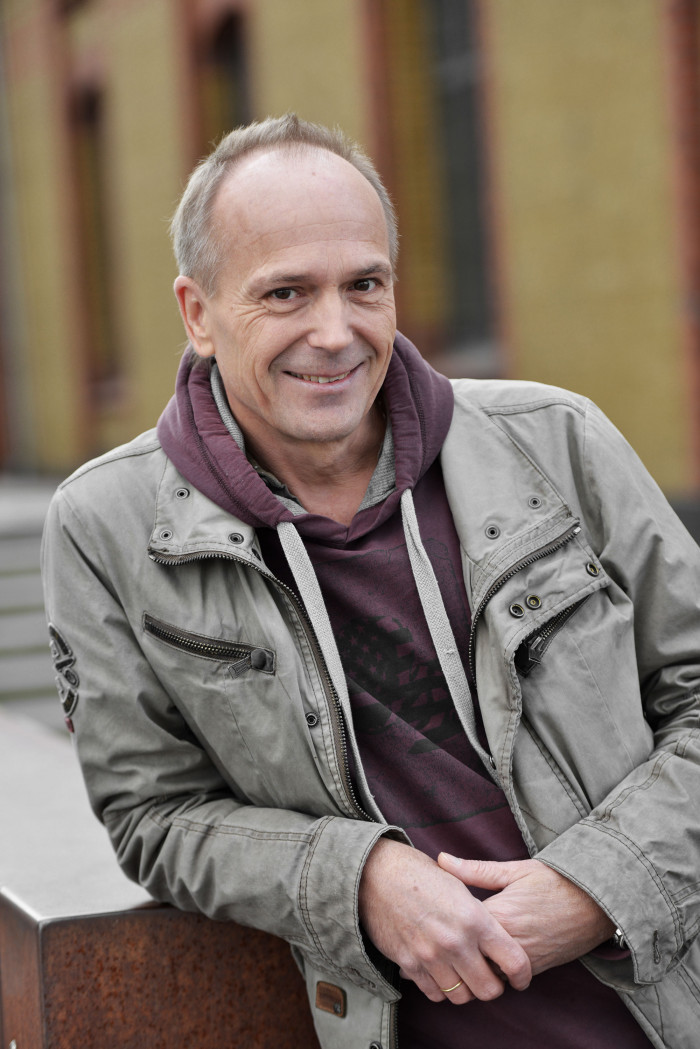 Born in 1961, Heiner Kämmer studied social pedagogy. Following his studies, he founded the cabaret event Kölner Stunksitzung and later toured with Jürgen Becker and Wilfried Schmickler as the cabaret trio “3Gestirn”. In 1996, he invented the two teddy bear characters “Johannes & Stachel” for WDR children’s television. Since 2003, he has also been touring live with musician Erwin Grosche and the two bears. Besides his work at the cabaret artist, Kämmer also works as an actor, narrator, and writer for various radio play and animated film productions, documentary films and sketches.

Class-act book – Our own story – Writing adventure with Heiner Kämmer

Our Own Stories – A Writing Adventure: Heiner Kämmer